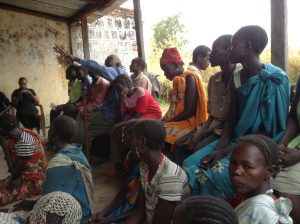 Approximately 125 people, mainly women, participated in three peace and reconciliation workshops that were facilitated by the Dorcas Aid International Peace and Reconciliation Team in three counties in Western Bahr el Ghazal State in South Sudan.  Causes of conflict, types of conflicts in the areas, conflict resolutions and prevention mechanisms were discussed and concluded with the reconciliation. The workshops had a great impact on the lives of the villagers.

Joseph Agan, a school teacher in  Kangi county, said: ‘This workshop is like bringing real development to our people in the villages because now we can solve our problems without any bloodshed with our brothers from Warrap.’ Agan added that they will try their level best as members of the village administration to prevent any conflict in escalating into violence.

Head farmer Juma Tartiziohead of Ngo’halima Boma appreciated the workshop since it will be now upon the villagers to implement its solutions to the conflict. ‘I’m optimistic that the issues of land disputes among the villagers will now be solved amicably. Issues to do with the undermining of each other’s tribal diversity will be reduced.’ 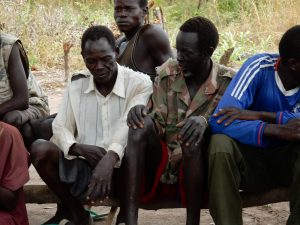 Reconciliation was a difficult topic to discuss as many participants agreed that it is not an easy task to ask for forgiveness. Some people are said to be too proud to accept their mistakes. This task became easier when the participants were asked to mention some of the prejudices against other people and towns. They participated without any problem and were able to forgive the prejudices made against them by others and that is how the reconciliation process was instilled by the facilitators.