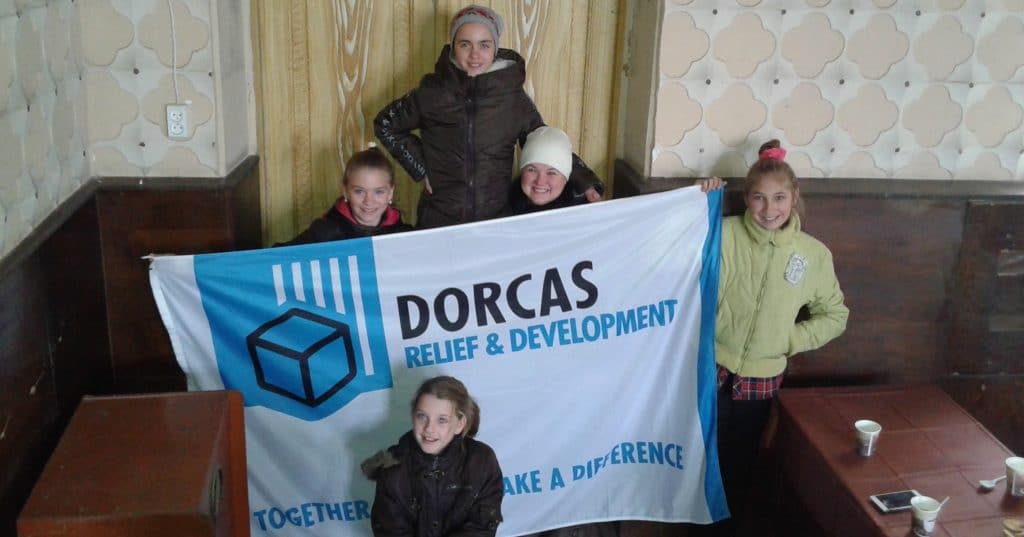 Third project funded by the Dutch Ministry of Foreign Affairs came to an end resulting in great outcomes and benefits for the most vulnerable at the East of Ukraine. 10 months project (March – December 2017) consisted of three main components:

Protection meetings – since September till December Dorcas social workers attended a number of locations in Donetsk region mostly buffer zone reaching 1446 adults and kids with its protection and psychosocial program. Professional psychologist was invited to facilitate the discussions on stress and other related issues that are so relevant to these people because of the conflict. People were thankful to Dorcas staff for visiting them, talking to them, showing support and concern. Representatives of the local government invited Dorcas to come again with its programs as they have a tremendous impact both on adults and children.

Multipurpose cash (MPC) – 2238 the most vulnerable conflict-affected people in Donetsk region (GCA) received MPC transfers in the amount of 3396 UAH per each person. The assistance was provided for four months period. MPC transfer value per individual per month was based on provisional guidelines of the UN Cash Working Group. People were able to cover their basic needs, such us: food and NFI purchase, rent and utilities payments. A big thanks is to Help Age International who helped Dorcas to do timely distribution in some locations, especially for the elderly lying people.

NFI (solid fuel) – 166 HHs received wood for the winter period. Each family was granted with 6 m3 of wood in Donetst contact line locations.

Capacity building – in September the training took place on the subject: “Psychological First Aid (PFA), Acute Stress and PTSD, Grief, Depression, Psychosis, Harmful Use of Alcohol and Drugs” in Svyatohorsk Donetsk region. Psychologists and community workers of the consortium (Dorcas Ukraine, Save the Children, Caritas Ukraine and Terre des hommes) which operate at the territory of Donetsk and Luhansk regions participated in the training. The training was arranged to strengthen the partners cooperation within consortium and to equip psychologists and community workers in recognizing mental health conditions and psychosocial problems, and to give them the tools to provide care and support within their (limited) possibilities in order to strengthen individuals and communities.

Dorcas expresses a big thanks to the Dutch Relief Alliance and the Dutch Ministry of Foreign Affairs for providing funds to make this project happen as only together we can make a difference!